Debunking Airborne Ebola: What You Need To Know About Aerosols, Droplets and Fomites


I briefly discussed aerosols and droplets in my first Ebola post, but because there is still so much online discussion about Ebola transmission and because it's relevant to all infectious diseases, I decided to move that section of the post here and expand upon it so that those interested specifically in this topic wouldn't have to wade through the rest of that riveting post  to find it (although I highly recommend it). There is still some minor redundancy between the posts, but redundancy when dealing with BSL4 pathogens is a very good thing. References are listed at the end of the post. 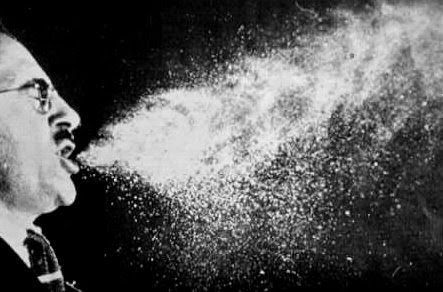 First, What Does "Airborne" Mean?
Let me clarify. Bodily secretions that make it into the air from various orifices (e.g., nose, mouth) are called droplets and are classified based on size and distance traveled. The smaller the droplet, the longer it stays suspended in the air, the farther it travels and the deeper into the respiratory tract it can go upon inhalation by the person sitting down the aisle from you on the airplane. Teeny-tiny droplets (less than 5 microns) are generally referred to as "aerosols" and can be generated by a cough, a sneeze, exhaling, talking, vomiting, diarrhea, passing gas etc. Aerosols can also be generated mechanically by things like flushing a toilet, mopping, or rinsing out a bloody wash cloth. When aerosols are infectious, they transmit disease when they are inhaled by an organism and its called "aerosol transmission". When droplets are larger than 10 microns they are called "large-droplets" and if infectious, they transmit disease by inhalation if the organism being infected is close enough to inhale the particles before they settle out of the air. They can also transmit virus if someone gets showered with droplets from, for example, a sneeze, or touching a droplet that is on the surface of an object(fomite) or someone's skin and it's called "large-droplet transmission".

When we say that a virus is airborne, we specifically mean it is capable of aerosol transmission via inhalation, even when not in close proximity to the source of the aerosol. For example, someone two aisles over at the market has the measles and coughs up a lung. When you get into that aisle you inhale the teeny aerosol droplets that are still hanging out in the air and they begin depositing virus particles in your respiratory tract. These particles then enter your cells and begin to replicate. You are infected. I hope you were vaccinated!

Large-droplet transmission is not considered airborne. An ebola patient sneezing directly on you will get virus particles on you, but those large droplets that landed on your lip weren't technically airborne, they settled out of the air and onto your lip fairly quickly and they weren't inhaled. If you're close enough for this, then I'm sure you are inhaling some aerosol sized droplets as well, and at this close range they are likely infectious. However, to be considered "airborne", those aerosol particles would have to remain infectious while they hang out or move through the air. Evidence indicates that while Ebola is found in the respiratory tract and theoretically could produce infectious aerosols and be airborne, for unknown reasons we don't see this happen between primates/humans in studies or in outbreaks (for detailed discussion of these studies read this post).

Not all viruses can form infectious aerosols. It depends on where the virus goes in your body and what happens when it gets there. Aerosol infectivity of a virus is determined by how long the virus remains infectious in the air, how deep into the lungs it can travel, and how many virus particles are actually in each droplet compared to how many are required to actually establish an infection. If a viral infection generates aerosols containing 10 virus particles per droplet, but it takes 1000 virus particles per human cell to establish an infection, then those aerosols are not infectious, even though they contain virus. In addition, while airborne, aerosols begin to lose water content by evaporation and virus particles, especially enveloped particles like Ebola, can be affected by other environmental conditions such as humidity, air currents, and sunlight. These particles are also subject to the laws of physics and mechanical forces. A good example of a virus for which these characteristics have been better defined is influenza and this is an excellent article that really explains the different kinds of aerosols and how they are transmitted.

One question we got repeatedly during the Twitter #Ebolachat session was, "If it's not airborne, then why are health care workers not only wearing head-to-toe protective gear, but dying in spite of it?" 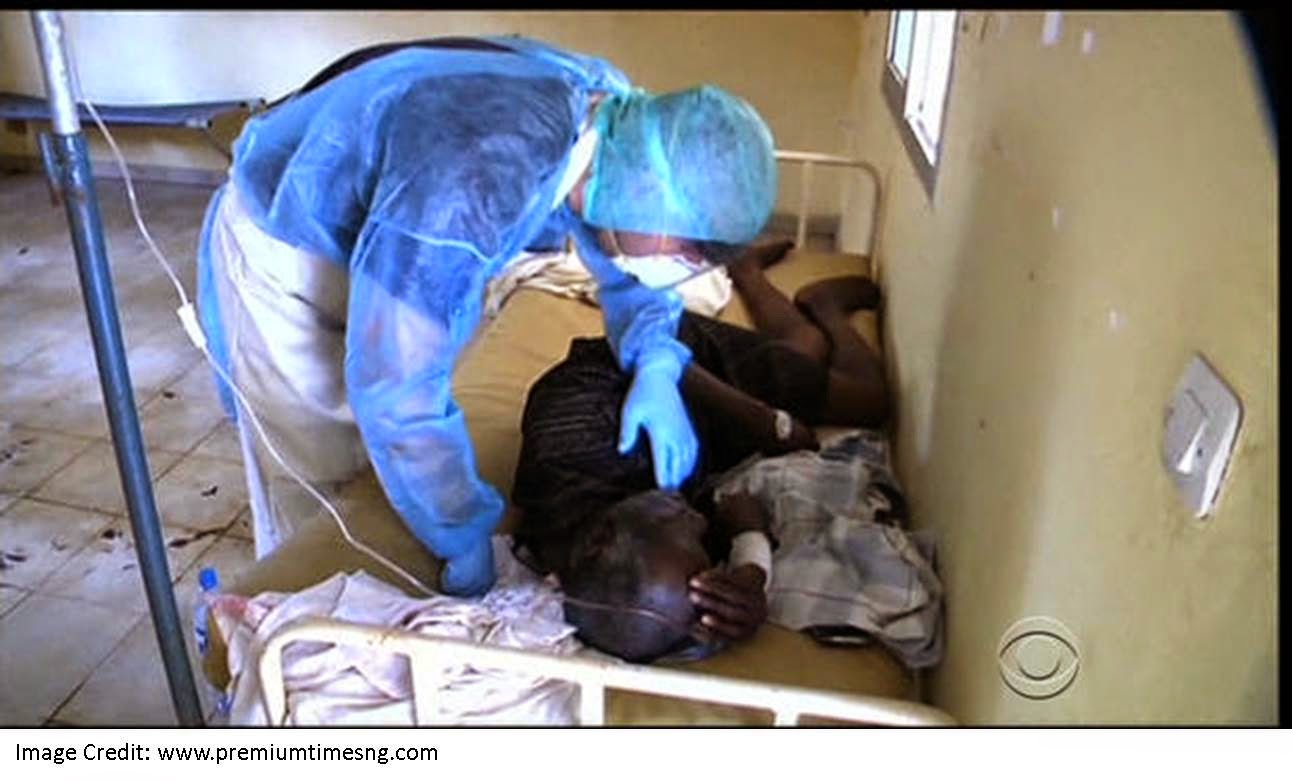 Fair question and one I discuss in another post but I will reiterate here. Ebola patients exude many types of droplets, of all sizes from all orifices, and sometimes large volumes are lost violently through vomiting or diarrhea. These events generate a lot of droplets/aerosols/fomites with high viral loads, often in close proximity to HCW. Once deceased, victims continue to lose fluids for some time. It's a real problem. Protection is critical. Mucus membranes and broken/abraded skin are susceptible and the infectious dose of Ebola is low: 1-10 individual virus particles. Protecting every potentially susceptible inch is the goal. But protective gear, if available, is only as good as technique. Those suits are extraordinarily hot and exhaustion sets in quickly. Wipe sweat from your eye with a contaminated glove? You're infected. Accidents and mistakes happen easily in these conditions. Cleaning up messes also generates more droplets unless you're specifically trained to minimize that risk. And remember, many HCW are caring for people even without gear. They are not abandoning the sick. They are reaching out with ungloved hands to offer comfort and ease suffering. For these heroes, the only thing worse than reaching out without gloves...is not reaching out. For a truly remarkable account of what this is like in a field clinic, read emails from Dr. William Fischer II, a physician from UNC who has been on the front lines in Gueckedou, Guinea since May. [EDIT 8/15/14 A new story in the Wall Street Journal illustrates this point all too poignantly]

So, although Ebola laden fluids are infectious and can transmit virus, they are not considered airborne. Larger droplets splatter and splash, even in tiny amounts and contaminate surfaces creating fomites. Puddles, droplets and fomites, in a situation with limited personnel, training and resources, are the concern. Ebola is not airborne. If it were, the casualties in this epidemic would be far higher.


Update 8/20/14: Check out these links if you want to make a difference:
Africare
Global Giving
Direct Relief
Action Aid
Caitlin Rivers blog has a ton of links to help! Thanks Caitlin!!