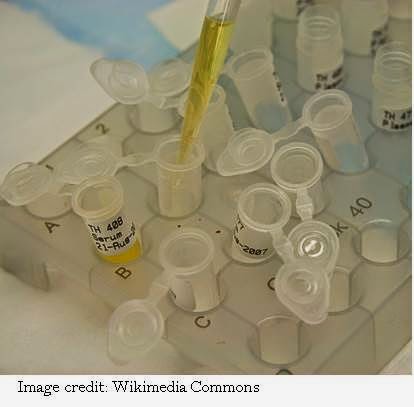 There have been many questions since Dr. C.J. Peters was quoted here (9/8/14) saying that convalescent serum from Ebola survivors was unlikely to help treat patients. In this post I go into detail about the data we have that supports this statement. In a future post I will discuss the why of it.

OK. Much of what's been said in the media and by scientists gives the illusion that the effectiveness of Ebola convalescent blood as a treatment for Ebola virus disease is an established and recognized fact. WHO's endorsement and the New York Times article on it has, I think, given people some false hope. Don't get me wrong. West Africa is in a tough spot and I understand why it's being tried. Why not? What else do we have to offer these people? But that doesn't mean it will work. And while I strongly encourage doing everything we can think of to help people, in a situation with limited resources we should focus on those options with the most data to support them and avoid things that might make the situation worse. Since the WHO's announcement, survivor blood has become a hot commodity and now there's a black market for it. How many will suffer a second time because others will surely go to great lengths to get their blood? Blood that will most likely turn out to be unhelpful. But unfortunately, most looking at this situation (like me before I researched it) only know that convalescent serum can work really well for some viruses so they assume it's worth trying. Unfortunately all viruses are not created equal and if those considering this treatment actually looked at the data for Ebola they would see that it tells us this new treatment strategy will almost certainly fail. So let's take a look at this data.

(By the way, if you're confused about names and abbreviations for Ebola viruses you're not alone. For clarification check out Ian Mackay's explanation at Virology Down Under.)

First let's clarify something: what in the heck is "convalescent serum"? To understand what "serum" is, we need to know what blood plasma is, so let me quickly explain. Blood plasma is that light yellow liquid part of the blood that keeps whole blood cells in suspension (keeps them from settling). Plasma contains a lot of important things including, but not limited to, dissolved proteins, glucose, hormones and clotting factors. Blood plasma without the clotting factors is called "serum". Convalescent serum is then serum from the blood of a person who has recovered (convalesced) from an infection, such as a viral infection. This serum may or may not contain those dissolved proteins that could be helpful to fight an infection such as antibodies. Antibodies are proteins made in response to "foreign" bodies, such as viruses, and can help get rid of them. For more details about how antibodies are made and work read this post. You should also know that giving serum that is thought to confer immunity from one organism to another, is called "passive immunization" or "passive transfer". It's important to note here that convalescent serum can also contain drugs or microorganisms so it must be tested both for safety and effectiveness before giving it as a treatment.

As was mentioned in my Q&A with Dr. Peters, for some viruses such as Junin, the virus that causes Argentine hemorrhagic fever, we know that convalescent serum is very effective and is used on a regular basis(1-3). But what do we really know about the use of convalescent plasma or serum for Ebola patients?

Well what's been touted as hard evidence in the media lately are two specific instances in which Ebola patients were given convalescent serum and survived. Well OK then. We're done here right? Not so fast. Let's take a closer look at these cases. 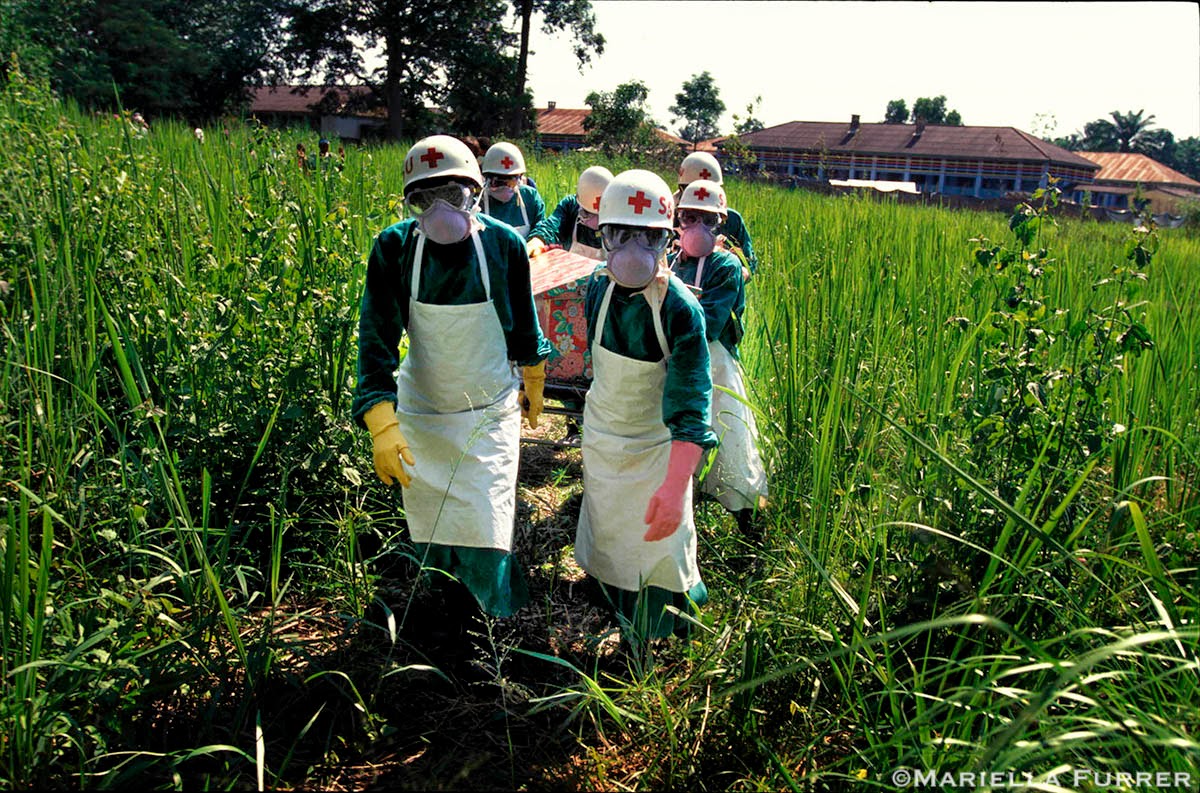 A huge thank you to Mariella Furrer for allowing me to use this photo. Ms. Furrer is an award winning freelance photojournalist based between Kenya and South Africa who has spent her remarkable career documenting some of the most egregious human rights issues. She also documented the 1995 Kikwit Ebola outbreak. Read more about Mariella on my page dedicated to her and her work.

The first is the 1999 paper by Mupapa et al (4) that describes the treatment of 8 Ebola patients from the 1995 Kikwit outbreak. These patients received blood transfusions of whole blood donated by 5 convalescent patients. The blood was tested and found to have ELISA antibodies against Ebola and no viral antigen was detected. So in this case the patients received whole blood, not just serum, but the principle is the same and 7 of the 8 patients lived. WOW! So that blood really worked!! Well, not necessarily. You see, there's more at work here than just the blood transfusion. The authors of the paper  indicated that those 8 patients not only received blood transfusions, they got better supportive care, and with Ebola supportive care may keep you alive just enough for your body to fight the virus on it's own. In fact, another paper published in 1999, by Sadek et al (5), found that with Ebola, the longer you live the better your chances of survival. Sound obtuse? Well, they made a timeline for patients that included time of symptom onset and time of death or survival and it revealed a striking correlation between length of disease and survival: "In general, patients who survived the disease for at least 1 week had a probability of survival of 30%. The rate increased to ~70% for those who survived the first 2 weeks beyond the onset of symptoms." So when were the blood transfusions done? Well, they were done on day 10 post symptom onset. So those patients already had an increased probability of survival. And after adjusting the data for age, sex, and days after onset of symptoms, there was no statistical evidence of a survival benefit from the blood transfusions. Read the paper. Their methods and stats were robust. Furthermore, another paper discussing the same outbreak (6) had this to say, "Oral or intravenous rehydration, provision of adequate calories through oral food intake, and possibly treatment with antibiotics and antimalarial drugs to prevent infections are probably the most important measures to improve survival among EBO patients."

The second case that's been making the media rounds is that of lone virologist Geoff Platt who in 1976, while working with an unidentified virus that was similar to Marburg, accidentally stuck himself with a needle. You can read the paper about his case here (7), and there's a recent article that includes him here. According to the paper, within 24 hours of the first onset of symptoms he began receiving intramuscular injections of human interferon, a protein made by cells to fight viruses. His course of interferon treatment included 3 million units every 12 hours for 14 days. About 24 hours later he was given his first infusion of convalescent serum taken from patients who'd recovered from the 1976 Yambuku Zaire (now DRC) Ebola Zaire outbreak. It was learned later that the virus he'd been infected with was Ebola Sudan. Geoff recovered and in fact after the first infusion of serum the numbers of Ebola particles in his blood dropped significantly. Wow! That serum really worked!! Well, not so fast. You see, they were determining the amount of virus in his blood (viremia) using a guinea pig assay (2 guinea pigs per point). Because taking blood from an Ebola patient and sticking it into a guinea pig can be a bit scary, they didn't take many samples so the actual data from the viremia assay isn't reliable. So it's possible it didn't have as much of an effect as was deduced. This, combined with the fact that this man received interferon and excellent supportive care, makes it impossible to say definitively that it was the serum from the Zaire survivor that was responsible for his recovery (not to mention we have no evidence that different Ebola species provide cross protection).

So those are the cases being touted as proof that convalescent serum from Ebola patients is exactly what these suffering people need and yet, they don't really tell us that. But there is a lot more evidence that this strategy won't work including:

"However, the results of the present study, which used immune primate blood, joins the preponderance of published study results suggesting that immunotherapy will not be a shortcut to the solution. Given these discouraging results and the risks of transmitting infection, whole blood transfusions, even under desperate epidemic conditions, seem unwarranted."

As desperate as we are for a way to help these patients, we simply have no solid platform from which to proclaim Ebola survivor blood as effective therapy. With a black market for blood, my fear is that already stigmatized survivors will be further targeted. We have a responsibility to make sure people are informed.

"I agree with [Pathogen Scribe]. During the Kikwit episode we were harangued to give plasma or have intravenous IgG prepared and I resisted because it diluted our other efforts in a time of scarce resources.  One should also consider that the oldest strain of HIV1 was isolated by Joe McCormick from Ebola convalescent plasma drawn for potential therapy before we knew anything about that virus.  There are also the usual considerations for problems with transfused plasma: antibodies against recipient blood cell antigens, aggregation of IgG activating complement, bacterial contamination, etc.  If plasma is harvested and returned to the developed world for testing and processing into pooled IgG there is the delay and also the problem of recipients reacting to aggregates in the plasma.
It seems much more valuable to look down another avenue for therapeutic modalities.  Pooling 3 human monoclonal antibodies to the Ebola glycoprotein with each reacting with a different epitope (14) has been tested in macaques.   When the recombinant vectors are grown in their tobacco leaf substrate and the immunoglobulins purified, this cocktail (ZMapp ) protects macaques (15) and would have a chance with infected humans.  There is also an antisense RNA and several antivirals which might be effective.  And don’t forget the use of anticoagulants such as activated protein C and nematode anticoagulant protein c2 that have had a sparing effect in non-human primates, suggesting that they or other substances working on the coagulation cascade and/or vascular  endothelium have potential (16, 17)."

Another HUGE thank you to C.J. for his incomparable insight and expertise!!