Not Tonight Dear, I Had Ebola 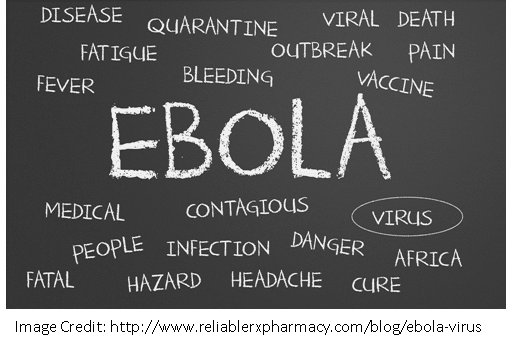 Edit 9/28/14
I've received some very valuable feedback on this post and I agree that I should have started off with the science behind my opinion and included references. I intended to include references when I posted it, but got distracted and then forgot they weren't there. But without a rundown of what we know regarding infectious semen of surviving men, it wouldn't have been all that helpful. This is what happens when I write out of frustration and post while multi-tasking. Lesson learned.

I apologize and have edited the post to correct this. I've added references and a section with the heading "So what does science tell us about this topic" with a summary of what we know about infectious semen and transmission among survivors. I also realized I should have used the word “unprotected” in the sentence that really drives home the entire point of this post, and you will find that this sentence now has the word *unprotected* in asterisks in the text.

In addition, I added a final point regarding prostitutes (as a post script), based on a discussion on reddit. I am thrilled that this post has engendered so much discussion and I hope these changes have made it a bit clearer. I would also invite you to feel free to begin discussions here. As ever, thanks for stopping by!

Original Post:
I have fielded a lot of questions regarding Ebola virus in the semen of survivors lately and the
preponderance of people claiming this is a significant source of Ebola transmission is staggering. There is great concern and fear over this. Someone on Twitter was even genuinely concerned that these male survivors are "new highly infectious vectors" that weren't being calculated into projected disease spread. I'm a bit speechless really. Ok, maybe not that speechless.

And last night it was raging on Twitter:
Science based #Ebola horror: survivors have infectious semen for months

Maybe it's under the radar?

In large urbans after millions infected, who knows?

Counseling people on the dangers of sex post-Ebola is great but we know how people are. Who's to say they are obeying doctors orders about this?


So what does the science tell us about this topic? (added 9/28/14) Well, what we do know is from previous outbreaks and follow up with recovered patients. These are the scientific facts upon which my opinions on this are based:


Are we on the same page now?
Great. 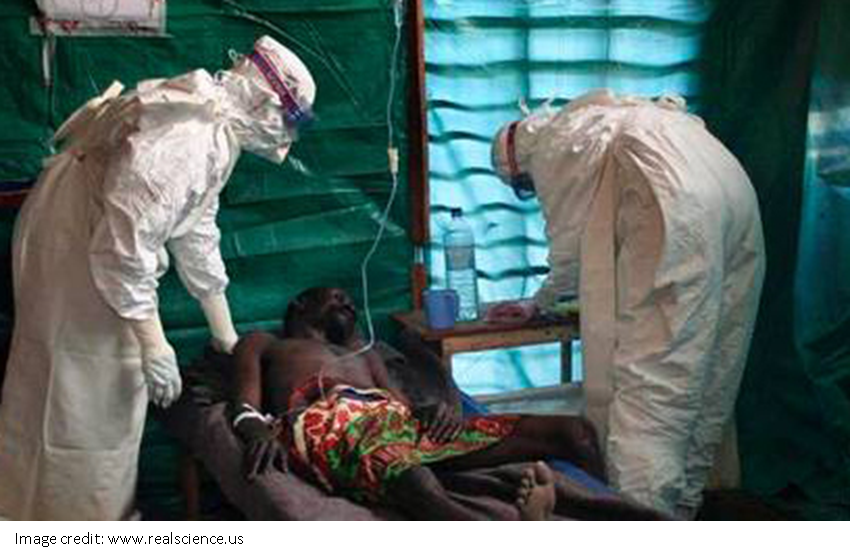 How would you feel?

Let's say, worst case scenario this man lost some loved ones, family members or friends. He most likely tried to help or watched at least one of those die. Then he got sick himself and ended up in an Ebola ward. He was terrified and thought he would die. But he didn't. He survived and was released. (read about one man's Ebola survival tale that depicts this clearly.)

So is this where you think the party begins? I hardly think so. This is just the beginning of a whole new set of problems for this guy. 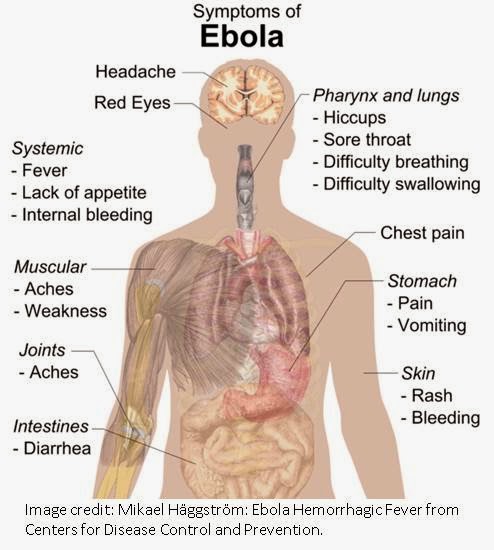 This man has to go back home and continue to recover. Recovery from Ebola hemorrhagic fever takes time, sometimes a lot of it. (And yes, I know we call it Ebola virus disease now, but that does little to communicate the severity of this condition, so I'm sticking with EHF - check out the diagram on the right to see what I mean).

What are the chances he lost his wife if he had one? Pretty good, I'd say. If both got sick, if at least 50% die and he survived. Even if he didn't lose her, do you think he's not imagining what might happen to her if he gave her Ebola through sex? Do you really think, after everything he's been through and seen, with more and more bodies, and more and more people turned away from treatment centers, that he's going to actually feel like having sex, let alone risk someone's life for it?

Let's say the man is single and has lost no one close to him. Do you think the ladies will be lining up for him either? Do you think he hasn't seen and experienced the same kind of hell? Do you really think that, in the middle of the death, loss, hopelessness and terror of the worst Ebola epidemic the world has ever seen, he doesn't care if he infects another person?

In voicing these concerns, do you have any idea how ugly the assumptions you've made about the character of Ebola survivors truly are?

Survivors are being scorned, avoided and worse. Ebola volunteers are being murdered out of fear and ignorance. Do you really think surviving men, men who are still physically and emotionally recovering, are having enough *unprotected* sex while infectious to be a significant source of transmission?

I don't. I think for the most part these men are exhausted and scared. I think they wish they were stronger so they could help more. I think they are worried about providing for themselves and their families while being isolated within cities that aren't functioning well. I think they are thinking about those they infected while they were sick, wondering who among them will die and when.

I keep saying this because it bears repeating: there's no need to look for Zebras here. The out-of-control transmission of Ebola virus in this epidemic is from the well known and documented routes of transmission, while people are sick and symptomatic, not after they've recovered. Why argue for anything else and add to the already traumatized and stigmatized survivor's burden?

We can do better than that.

We must do better than that.

"I think Heather underestimates the extent to which the "comfort" of a woman has become habitual to many men. A Couple of weeks after being "cured", an over-stressed man might very well revert to that familiar source of psychological balm. She assumes a setting in which potential partners know the survivor, not an urban setting. Infection of prostitutes is not out of the question.”

I would like to take this opportunity first to say thanks for reading and for commenting. And you’re right I should have addressed the idea of prostitutes. However, it would not have changed my point. In fact, if you really think this will cause transmission via semen to be a significant source of transmission (the point of the post) then these are the assumptions you’ve made:

1) A majority of men who’ve recovered from Ebola will forego doctor’s orders and risk infecting others, including prostitutes, because they want the “psychological balm” of unprotected sex more than they want to stop the spread of Ebola.
2) These men are also willing to risk any of the other sexually transmitted diseases that can be spread by unprotected sex with strangers or prostitutes.
3) The women in question, including prostitutes won’t demand the use of protection during sex with a stranger.

And you’re assuming that enough of this will happen to make the spread of Ebola through semen a significant mode of transmission.