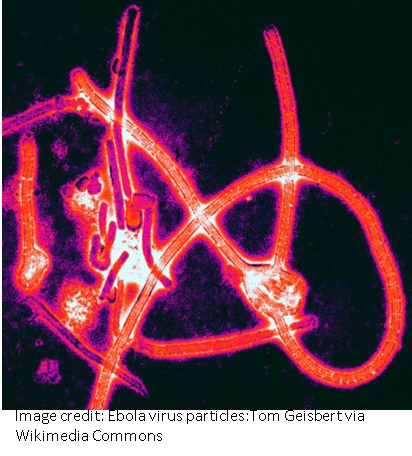 Note: This post is not an exhaustive treatise on the evolution or adaptation of filoviruses, but an applicable discussion on certain principles.

When Ebola experts say that mutation to become airborne is “highly unlikely”, they are basing this on what they know, as experts, about Ebola molecular virology, cumulative transmission data and natural selection. While they’ve all said it, I think Heinz Feldmann, one of the foremost experts in Ebola molecular virology, said it best in his interview with Kai Kupferschmidt (17 September 2014):

Q: "There has been speculation that the virus could mutate or has already mutated to spread more easily. How likely is that?"

A: "I don’t think there is any data right now to support that. If you look at the virus sequence, it falls within the normal range of Zaire Ebola strains. Of course any of these mutations could have a dramatic effect, which we don't know right now. But there is nothing obvious that would point to a more transmissible, more virulent virus, or a change of transmission route.

You can speculate in every direction, of course, but I think it should be fact-based, it should be data-based, and I think it makes absolutely no sense to bring in aerosol transmissibility as a potential. I think this is really not helpful, unless you have data to support that."

What he is saying there is that he knows Ebola genetics and he doesn't see anything in the new genetic data that indicate the virus is mutating in that direction. Being an excellent scientist, he also acknowledges that we don’t know what all changes mean yet, but based on the data he sees, there’s no evidence to speculate that this Ebola variant is becoming airborne.

Aside from the genetic data they have, Ebola scientists consider the way in which Ebola is already successfully transmitted, as well as Natural Selection. 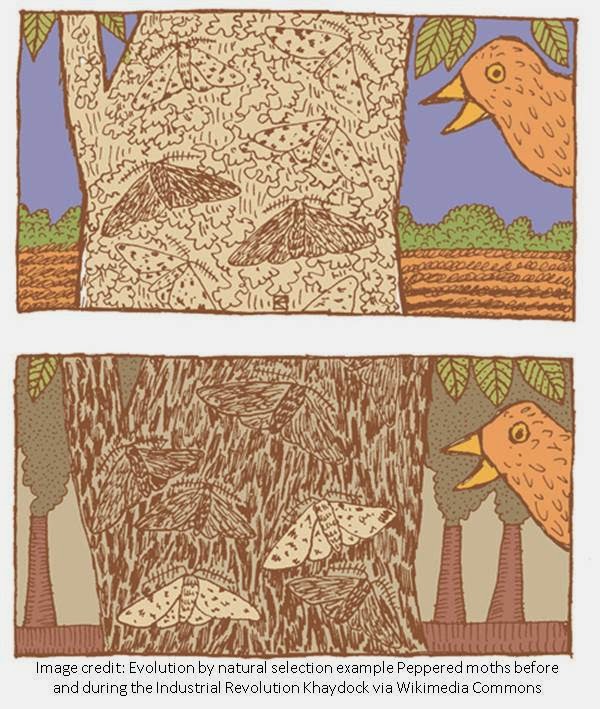 So let’s talk about Natural Selection for a little bit. In his 1930 book, “The Genetical Theory of Natural Selection”, Ronald A. Fisher made this important distinction, “Natural Selection is not evolution.” It’s “…a convenient abbreviation for the Theory of Evolution by means of Natural Selection…” We will be coming back to Fisher soon, but I wanted to make sure we were all on the same page. So as far as Natural Selection goes, I think Dr. Laurence Loewe described it really well in his educational piece for Nature (1) when he said, “…selection constantly sorts through the variation that is produced by mutations to select the fit and remove the unfit, while ignoring neutral changes.”

Fitness refers to an organism’s ability to compete in its environment in so far as survival or reproductive ability. Can it eat? Protect itself? Have fit offspring? During replication of any organism’s genetic material mutations are possible. For viruses, the speed of replication makes the rate of mutations higher than for a human.(2)  And mutations can be classified with regard to how they affect the organism’s fitness. When a mutation provides a selective advantage in this regard, it will be selected for; the frequency of the genotype (genetic profile) containing that mutation will increase. If a mutation is deleterious, it will be selected against and the frequency of that genotype will decrease.

So what drives mutation? Well, Natural Selection moves an organism toward an adaptive optimum; the point at which the organism would be most fit in its environment. This doesn't mean that Natural Selection causes mutations, but that it determines whether or not a mutation would be kept or discarded. And Fisher thought this occurred in small steps rather than in large leaps. He thought that small advantageous mutations would happen more often than large ones, because large mutations would be more likely to have negative side effects. Well, a group studying RNA viruses actually found evidence to support this theory: they showed “…that adaptation proceeds by multiple mutations, but that among the set of all possible mutations, adaptation proceeds by the subset of mutations with small effects.”(2)

This supports what Ebola experts have said, that it’s not likely that a single mutation would cause this virus to go airborne, and the likelihood of the virus acquiring all the needed mutations at the same time is extremely low.

In addition, there’s no selective advantage to becoming airborne for Ebola. It is clear that Ebola’s current mode of transmission is working well. The virus is spreading and reproducing successfully. This means there is no selective pressure on the virus to keep any mutations that might confer airborne transmission, especially when this kind of significant change would most likely bring with it some serious deleterious side effects. And while some argue that this is the first time Ebola has been replicating to this extent in humans, we need to keep in mind that it’s been doing this for far longer in the wild in the primate species it infects and in its bat reservoir host. And yet, this mutation hasn't happened.

[edit 10/6/14]: WHO agrees with me and has also pointed out today, that viruses entirely changing their transmission mode is not something we've seen before. They must have read my blog. ;-)]

So, can we say it's impossible? No. But I'm not losing any sleep over it.